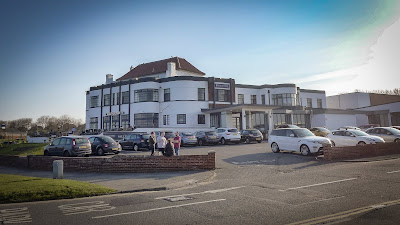 
As we wound our way through the throng at the bar to our table in the dining room the sound of Pulp’s “Do you remember the first time?” was playing. For once, yes, I most certainly could.

You see, decades ago I worked at the Park Hotel during a school summer holiday. I remember a huge scary head chef with a talent for vulgarity, a tall and very camp head waiter, and a diminutive wine waiter, who was Portuguese. One day the head waiter was ill and so the wine waiter deputised. I’ve never seen anyone so proud, pompous and nervous all at the same time.

It was the regular “Bank Managers' Lunch” where the besuited heads of all our local branches got together -  20 of them around a large banqueting table. Lamb chops were on the set menu; I was promoted to wine duty. I had just poured everyone a glass of Niersteiner Domtal when the little Portuguese waiter, covered in sweat, emerged from the kitchen carrying a huge platter displaying 40 neatly arranged lamb chops resting on a bed of watercress.

He approached the head of the table and, with a theatrical flourish, presented the dish to the regional head of (I think) Lloyds Bank. In doing so, he didn’t realise that beneath the layers of chops and greenery was an ocean of scalding hot gravy, which poured like a river into the top man’s crotch. He leapt skywards, taking banqueting table, cloth, and all my neatly poured glasses of wine with him. The Portuguese waiter burst into tears and ran out of the restaurant, never to be seen again.

Sad to say there was almost as much ineptitude on display on our recent visit, just without any of the pride, and a good deal less comedy. It’s a safe bet that in twenty years I’ll still be recounting the bit I’ve just told you as opposed to what must now follow.


We had elected to give the restaurant of this sprawling seafront hotel a spin on account of newly installed chef Matei Baran, who had been on Masterchef The Professionals a while back and done pretty well. More on him later.

Almost everyone with a plate of food in front of them seemed to have ordered either the fish and chips or a burger. We decided to steer away from the pub grub in favour of slightly more restauranty stuff. 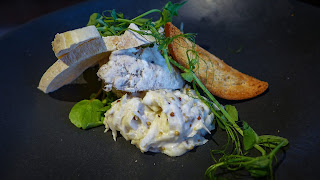 First indications that something was up came with the starters, which contained only a selection of the advertised components. With my (tasty enough) smoked mackerel pâté I was expecting salted grapes, pickled cucumber and walnuts. These would have been a good deal more interesting than the sort-of remoulade, wilted pea shoots and grim nubbins of toast that actually came with it. 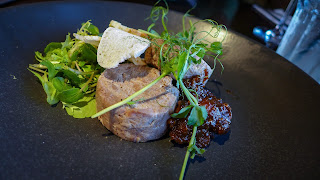 Mrs Diner did better as both the duck leg terrine and “croutes” (more of that characterless toast I was landed with) made it to our table, although the rhubarb and the orange vinaigrette were MIA. This dish was labelled as “GF option”, so those toasts weren’t just pointless, but potentially dangerous. We mentioned the missing ingredients to our waiter who said he’d investigate. We never saw him again. I hope he’s OK. 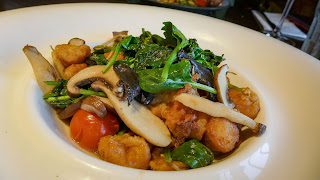 In a startling achievement, both our main courses have shot straight into the upper echelons of my list of most hopeless dishes of the year. “Homemade gnocchi” were completely bizarre, tasting like they may have been deep fried, before becoming soggy in a sauce that tasted of nil. Slimy mushrooms and gritty, unwashed spinach completed the fun. 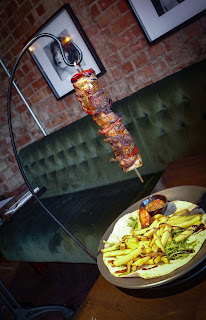 Mrs Diner’s Moroccan spiced chicken kebab was of the teeth-instantly-on-edge “hanging” variety, but the format was only one of its myriad sins. The bits of pepper that punctuated the arrid lumps of bird were both burnt and raw at the same time while the spices that adhered to the whole business had caught badly, making it taste bitter. A smallish carpet of bad chips languished at the foot of this strangely sculptural form with sweaty-tasting balsamic tosh squiggled over them as a final insult. 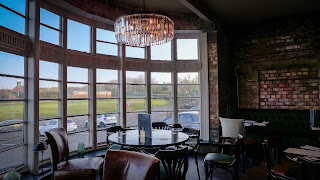 Service was by turns poor and non-existent. We were left abandoned with dirty plates in front of us for quite some time. There was one lady whose only job seemed to be to clear and clean departed tables. Either that, or she thought it more important to attend the tables of those who had left the restaurant than those still in it. That's odd, I thought. Meanwhile, when I asked if Baran was in the kitchen, our waiter had advised that he didn’t know the chef’s name, only that he “was always doing competitions”. That’s even odder, I had thought.

Although the time of this meal The Salt Cove’s website was trumpeting Chef Baran’s credentials and menu, I now see he is no longer mentioned; nevertheless they still claim the place is "home to fabulous food, atmosphere and service". Meanwhile, a private dining venture bearing Baran's name has popped up*. 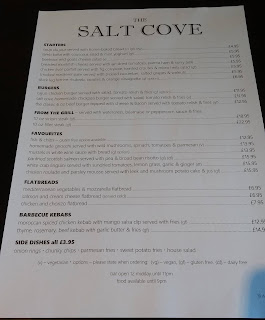 At a guess, I’d say we ate at a time when he had left but his menu hadn’t, and that those chefs left behind were either unable or unwilling to cook it. That doesn’t change the fact that whoever is running this joint was still happy to trouser fourteen quid for those horrendous gnocchi and a further thirteen for the hanging gardens of kebabalon.

In fact, I’d have some sympathy with any staff who wanted to offer the Nuremberg defense for this slow motion horror show of a meal. It’s the job of whoever owns and/or runs the place to get capable management in, which is what seemed to be completely lacking. 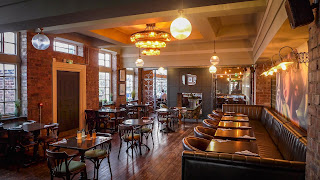 So, two experiences separated by decades, but both right out of the Fawlty Towers playbook. I can’t take any responsibility for it this time, other than to advise that a visit to The Salt Cove should be made with caution, at least until they’ve sorted everything out.

There was no way I could persuade Mrs Diner to stay for dessert, so I settled up at the bar. They asked me how it had been, so I told them. They took some money off the bill, but gave no reason for me to believe our experience was in any way exceptional.

However, let’s be positive: at least this time nobody’s crotch got annihilated by plasma-grade gravy. Small mercies.

*Shortly after the publication of this post, I received a message from Chef Matei Baran confirming that, as I suspected, he had nothing to do with this meal and had in fact left the restaurant back in January. It looks as though the Park Hotel had kept his name on their restaurant publicity for some time after his departure - my primary reason for visiting had been to taste his food. In order to do so now, you will have to visit or book one of his private food tasting/catering events. His new business seems to be doing rather well: see the positive comments on his Facebook page here.