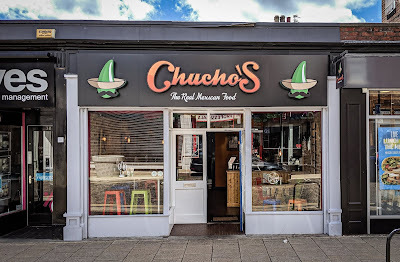 
Haggis is one of my favourite things. I enjoy it in all its guises, from the best (Hendersons’ of Castle Douglas is a bit spesh) to the less fabulous (tinned, from Aldi - it was a gift). I like it prepared traditionally (oven, bit of water in the tin, cover with foil, accompanied by good single malt whisky and a set of bagpipes) or à l’écossais (battered, plunged into a vat of roiling oil until it floats, garnished with chips and Rennies on the side).

But, for all my not insubstantial experience of this product, never had I been served it with a wedge of lime. Not until I tried Chucho’s Haggis Taco. 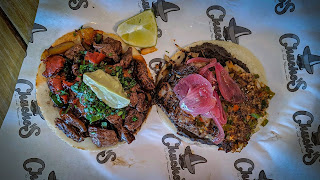 It makes sense. After all, once shorn of its Jockish connotations, what is haggis if not a fatty, bleatingly lamby, meat paste? And what better way to enhance and cut through such a product than with the heat of chilli and the tang of lime? Add some tingly quick-pickled onions on top, a slick of black beans at the bottom, the whole business stashed precariously on a toothsome corn tortilla... friends, this was a very good way to spend three British pounds. 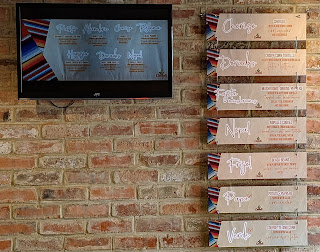 As indeed are all their tacos. I’m sure I tried them at some food festival or other years back and wasn’t especially moved. Perhaps that’s why I hadn’t made it to owners Emma Wass and Jesus Tavizon Sosa’s (guess which one is Mexican?) first permanent operation on Shields Road.

Well, they’ve got better since then. Everything we ate in the Jesmond branch - and we ate almost everything - was packed with vim and pachow. The Alambre saw nubbins of medium-rare rump steak, chorizo and coriander topped with a slick of decent guacamole. When lent some extra pop via their first-rate jalapeno green sauce, this was a winner. 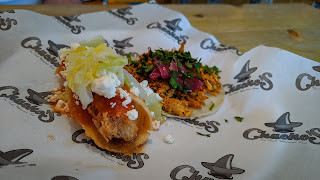 The El Pastor lacked any visible pineapple - did I detect some in the marinade? - but was still satisfyingly porcine. And the Dorados, a fried tortilla shell stuffed with shredded chicken and feta was a good thing in which to squirt a healthy dose of their tangy, vibrant, red chilli sauce.

What makes these simple but delicious toppings really sing - in comparison to the recently reviewed and disappointing El Paso - is that their corn tortillas, made on-site, are on the money. They've taken the time to get their basics right. They actually taste of corn and were winningly pliable, but not at all gummy. 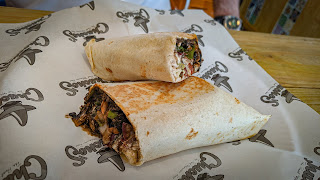 Their flour tortillas are also good; we enjoyed a couple of burritos, one featuring dark, densely shroomy mushrooms with more feta and guacamole... 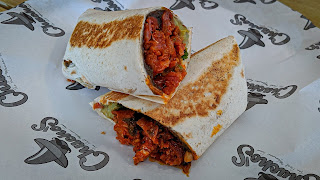 ...while my own was a full-on chorizo fest, packed to bursting with nuggets of enjoyably fatty paprika-powered sausage, all lubicated with - you guessed it - more black beans and guacamole.

I don’t mind that they repeat core ingredients throughout their limited menu, partly because they’re all delicious, and partly because that's what proper taquerias do - it made life an awful lot easier for the one chap who was doing all the cooking and serving while we were there. He was as friendly as it’s possible to be while knocking out a sizeable order, all on a single flat-top, although a bit hazy on the ingredients of their sauces. 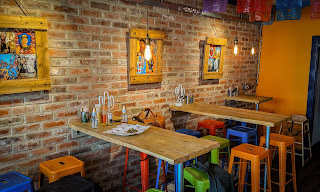 Inside, the Jesmond outpost is painted in vibrant colours, with pics of Frida Kahlo and Diego Rivera on the wall, natch, but also quite basic. Which is fine; this is not food to linger over too long, and it keeps costs down. Winds of Change by The Scorpions came on our host’s tinny bluetooth speaker halfway through our repast. Just like the haggis: not very Mexican, but I enjoyed it very much all the same. 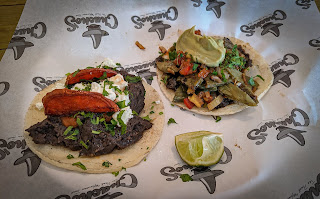 There aren’t any puddings, so I just had another couple of tacos. I was intrigued by the Nopal, featuring a type of cactus which appeared to have been brined, and had a pleasant funk to it. Just in case I hadn’t had enough black beans, I ordered the Frijol in which they are the star ingredient, punctuated by a couple of wedges of sweet potato, some feta and - yes - a sprinkle of coriander. 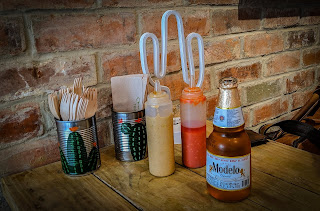 Naturally we paired the meal with a couple of Modelos - no wedge of lime, thanks, I’m not a bloody tourist - and agreed it was thumbs up all round. We ate our heads off for thirty five quid, including beers. This is not the most challenging, complex or technique-heavy food around, but it sure was tasty.

Since Barrio Comida vacated the shipping containers down on the Quayside there has been a taco-shaped void in Newcastle. No more. I don’t know whether the inclusion of haggis on their menu makes their claim to be purveyors of “The Real Mexican Food” problematic in any way, but who cares. Slavish authenticity is overrated anyhow. More importantly, I hope it stays on the menu: I want to go back.