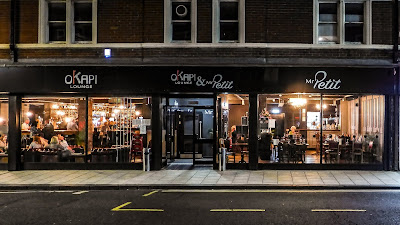 
People move to the coast for all sorts of reasons, and they’re often jolly happy to tell you all about them.

“We just wanted a better quality of life, know what I mean?”

“The smell of the sea at the end of every day...well, it’s just so energising.”

All fair enough and wonderful, and not in any way smug, I’m sure. But why would a restaurant move to the coast? Perhaps we can ask Mr Petit.
I visited the previous version of this joint - down a staircase off Old Eldon Square - back in December 2017. The restaurant didn’t last all that much longer. St Camillus Leisure, who were behind the venture, seem to have a thing for sites that can charitably called “difficult”. They also took over the defunct Bottle Shop (previously home to Electric East, and prior to that Barn Asia…) next to Dance City, renaming it Giraffe Lounge. That is also now defunct. Part of the problem with those venues was visibility and footfall; they were both tucked away, out of site. Fine if you’re doing something remarkable, not so much if you aren’t. This is not the case for the new Mr Petit, sited as it is in full view of the public on Park View in Whitley Bay.

This street was recently cited in some Guardian article as one of the top 10 shopping streets in the world. Don’t get me wrong, there’s a cracking Barnardos, and the good people at Vape Bay will cater to your every vaping need, but that was clearly a bit of a daft list.

However, thanks to neighbours like Papa Ganoush and Fox and Finch, it is becoming a bit of a food and drink hotspot. Perhaps for that reason, I can happily note that on the school night of our visit they were doing a decent trade. Or perhaps that is just down to the fact that the food is better now.

Apparently two chefs were off sick when I visited the previous incarnation, but in any case there were some weird dishes that night. I vaguely remember a dauphinoise I’m sure they had deep fried. No such issues now: a number of the dishes coming out of chef Cleo Kish’s kitchen were really enjoyable. 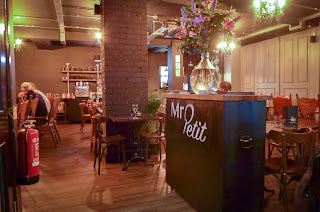 Like the Newcastle progenitor, it’s pretty dark inside, although I rather like that. The glare of too much of the world can be rather stark and bright at times. 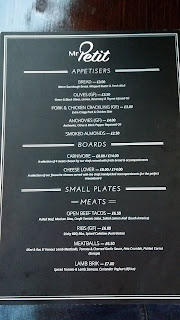 They’ve also kept, although toned down, the same globetrotting small plates concept; dishes on the menu are now grouped thematically (fish, vegetarian, etc) rather than geographically, which makes ordering a good deal easier. 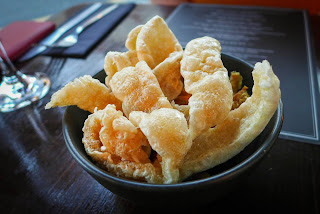 Pork and chicken crackling was certainly easy to order, and also delicious to eat. The pig skins were of the puffed variety, the chicken bits a reminder of the joys of being first to the roasting tin on a Sunday. 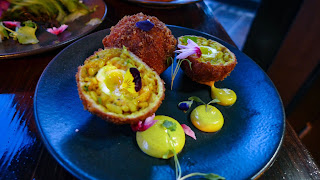 Dish of the night was probably a smart modern riff on some retro flavours, in the guise of a kedgeree arancini scotch egg. Runny (quail) yolk, crisp crumb and punchily curried rice, this was a lovely thing. Our menu listed its origin as “Europe”. As with so much culinary history and taxonomy, that is debatable. 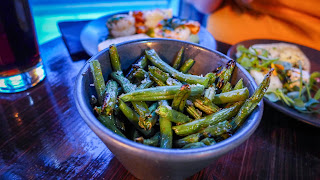 Also excellent was a simple dish of green beans, oven roasted in harissa and honey, the legumes having taken on the spice and sweetness to fine effect. 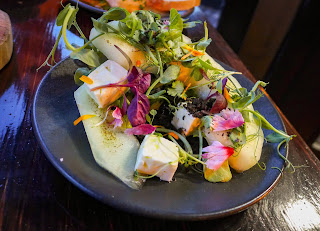 A colourful salad of melon, feta and herbs would have benefitted from a riper melon, but was still bright, light, and refreshing. 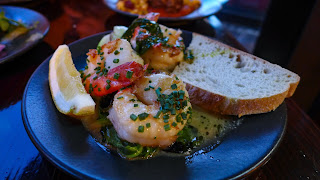 I tried and failed to steer Mrs Diner away from garlic and chilli king prawns; she loves them, but I’ve long since run out of ways of describing them. You’ve had garlic and chilli prawns before, right? Right. Well, these were just like that. Nice big juicy things though. They came with bread for the mopping of juices, which was fine because it was rather nice sourdough. 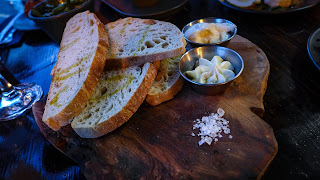 We had already downed a few slices of the stuff as we’d ordered a portion of it, with good whipped butter and aioli.

Service was as smart as a tack, from a pair of waitresses who knew both the menu and how to run a dining room. We felt extremely welcome and looked after. 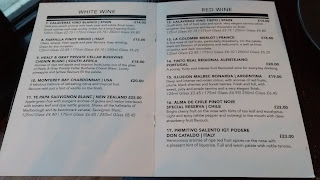 The wine list is nowhere near as much fun as it was in Newcastle which is a shame; just a couple of options by the glass. My glass of French Merlot was merely adequate, but also incredibly cheap at £2.85 for a small glass. 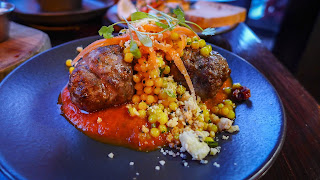 A couple of dishes were not quite as impressive. Lamb meatballs had good flavour, the mint and ras el hanout both coming through, but were very tight, as if they had been prepped rather too long prior to service. 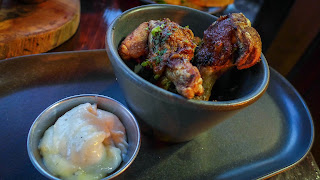 And I do think that if you’re calling something jerk chicken it really needs to have some smoke and allspice about it, rather than being merely spicy wings.

But this was nonetheless a very enjoyable meal from a restaurant that I’m now happy to recommend. It was also very moderately priced, our over-ordering still only entailing a bill of a touch over £25 each. 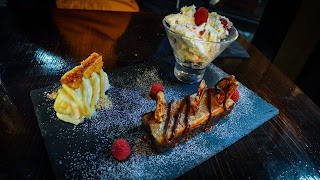 Dessert was ridiculously good value: only five of your pounds for a sharing board comprising a chocolate brownie, Eton mess and a banoffee log thing topped with really nice honeycomb. None of these were world-changingly brilliant, but all were jolly nice, and that just about sums it up.

Mr Petit has hopefully now found a venue and chef that will help it become part of the burgeoning Whitley Bay dining scene. But don’t just leave it to those smug coasties; I’d say it’s worth the consideration of a detour for the rest of you too.