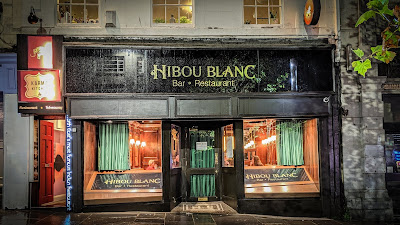 
On the evening that it was announced that Donald Trump would face impeachment proceedings, following the afternoon that the Supreme Court had found that our Prime Minister had given the Queen unlawful advice, Mrs Diner and I sat in a restaurant in the Bigg Market, peering at a menu offering caviar for ninety quid a tin. Caviar in the Bigg Market? Sure, why not! Nowadays anything goes.

But while much else in the world seems grimly off-kilter and out of whack, this in fact turned out to be a meal full of comfort and reassurance, of things done mostly very well and occasionally brilliantly.

Hibou Blanc comes to you from the folk behind Uno’s on the Quayside. I’m sure that they wouldn’t mind me saying that it packs a rather more ambitious punch than their pizzas and pastas down the hill. Case in point: one of the greatest pies - and therefore also one of the greatest dishes - in recent memory. 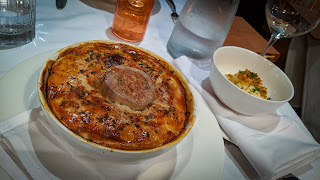 There may be pie fascists among you who would point to its lack of pastry sides and floor, who would indeed refute that this was a pie at all but merely a bowl of stew with a lid, to whom I say: bore off. That pastry lid was a work of suety, thyme-flecked majesty. From its centre erupted a chubby marrowbone full of fatty, just-melted essence of cow. Peering into the wondrous murk under that pastry revealed hunks of dense, smooth cow’s tongue and cheek of the same beast. 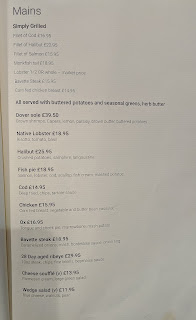 That dish typifies the basic template on which this menu appears to be based: classic preparations and dishes, done with sufficient attention to detail to remind you of why you liked them so much in the first place. 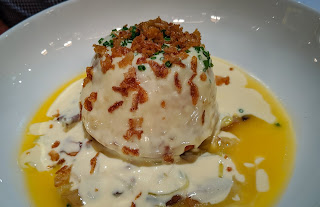 While I was up to my eyeballs in pie, Mrs Diner was getting on first name terms with a twice baked soufflé that was a cumulus of eggy lightness swimming in a parmesan cream of serious depth and mildly funky heft. On the side was a subtly but perfectly dressed salad of escarole with thinly sliced raw chestnut mushrooms, looking for all the world like a deeply uncool 1980s recipe book illustration, and yet tasting just lovely. 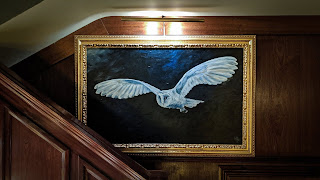 Old fashioned comfort would probably be a fair way of summing up not just the food, but also the room in which these dishes were consumed. An impressive job has been done of knocking through from the space that what was the unmourned Gentleman restaurant into the adjacent Sunlight Chambers. Hibou Blanc now comprises a formal restaurant, an impressive bar and a private dining room.

The restaurant bit in which we sat is all dark wood paneling, properly clothed tables, wall mounted lamps and leather banquettes. It’s clubby and grown up and miles away from the current trend for serving food in what can often resemble a half-finished room. The Belle Epoque comes to the Bigg Market: I liked it. 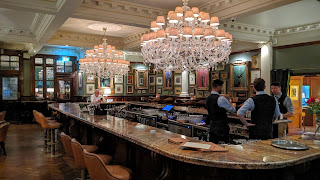 The least old fashioned thing about our evening, oddly, was the Old Fashioned I ordered. They didn’t have my preferred Bulleit bourbon, which I can live with (just about) but how can a self-respecting bar person not have proper Luxardo maraschino cherries within their reach? I’m sure you share my outrage. 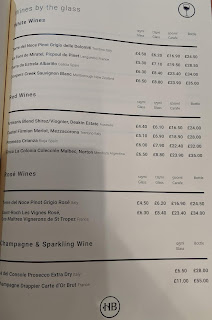 In other booze news, it would have been nice to see a more interesting wine list, with more options by the glass. And vintages displayed for wines under £50 as well as those over that amount. Service was a bit nervous at times too, but back then it was still early days. 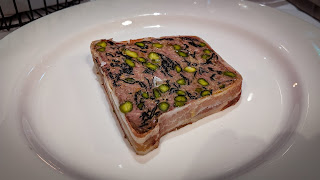 Everything coming from the kitchen of head chef Neil Jefferson - ex of Jesmond Dene House - was finding its mark. My starter of venison terrine was a showcase of solid kitchen technique, being a neat slice of pistachio-jewelled gamey goodness. 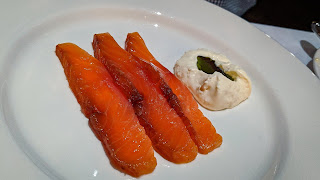 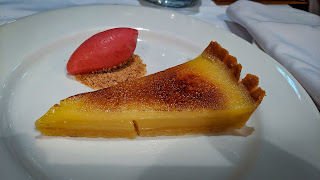 Both puddings were worth the calories. If the pastry on my lemon tart could have been blind baked just a little further, the filling was a nimble balancing act of sweetness and zing. 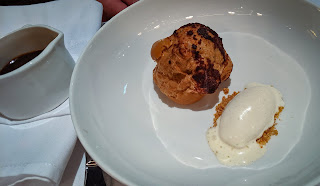 And if the choux bun that Mrs Diner went for was merely nice, then the bourbon caramel sauce with which it arrived had us swearing appreciatively under our breath. Get the pastry spot on and these desserts would be knockouts.

All of this indulgence was enjoyed from a front-row window seat looking out onto the Bigg Market. On the weeknight of our visit, things were tame. Just the occasional squad of the demographic which I believe is known as “radgies”, parading up and down and behaving erratically. They looked at us as if we were from another world, or species, as we sipped our cocktails and wine and listened to our jazz. On a Friday night it must be an absolute hoot to be sat there, even as the dissonance between the experience inside and outside becomes clatteringly apparent.

But the Bigg Market is changing, so we’re told. What will become of the karaoke upstairs in Cosy Joes? Whither the Iron Brew WKD-powered pole-dancers in Popworld? We shall see. For the time being, the best way to experience Hibou Blanc is probably to go at the weekend, request a window seat, definitely order that glorious, glorious beef pie, and a glass of something red to go with it. Sit back and enjoy. That’s what I call dinner and a show.