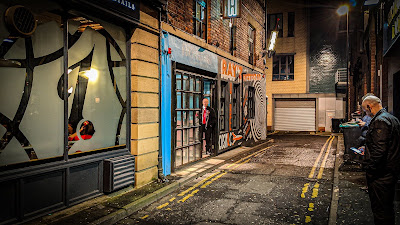 Horticulture is the new restaurant and bar on the site previously occupied by Paradiso, an institution which had begun to wear its own age a little carelessly in recent years. It has a slightly daft name that sounds a bit like something out of Nathan Barley, and an ethos, which they’ll tell you about at the top of their homepage. They make 40 different espresso Martinis, a clickbaity press-release boast that I am doing nobody any favours in mindlessly repeating here. I was half expecting to be seated with an interminable sermon on the menu concept, followed by dips served in mini wheelbarrows and gravy issuing from a watering can.

But no, not so much of that. Behind all the flim flam, what Horticulture is offering is something a little bit old fashioned that will always work for me; thoughtful and accurate cooking of nice ingredients by folk who know what they’re doing.

That ethos, being as I’ve mentioned it, is about reducing waste, sustainability and using things in season from local sources. All a bit woke, and all fine and dandy, but not much use to anybody if what subsequently arrives in front of your punters isn’t delicious. I took a couple of pals, one of whom is a vegetarian, to give their small plates menu a proper seeing to. Delicious is exactly what most of it was. 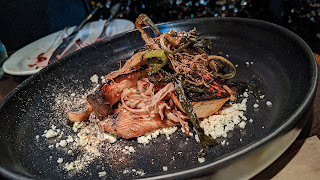 Indeed, the most impressive cookery was found among the vegetarian and vegan plates. King oyster mushrooms, for example, cooked on the cut side until a deep and almost-burnt shade of umber, packing riotous amounts of umami, freshened by some curds and enlivened by some crisp-fried leeks. 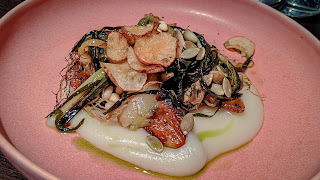 A trilogy of Jerusalem artichoke featured in roast, purée and crisp format, the former having a wonderful sweet fudginess to it. 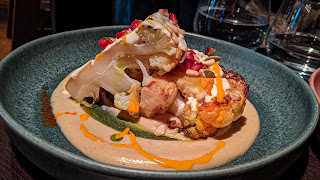 A cauliflower steak, confited down in fat of some sort was nice enough itself, but sat in a puddle of brown butter yoghurt that reduced us all to appreciative swear words. I shall be attempting to emulate this glorious condiment in my own kitchen, which is real flattery. 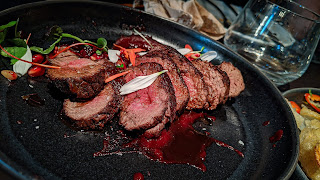 The menu, with 10 vegetable-based dishes against five each featuring meat and fish, feels nicely balanced, but does not apologise for good meat cookery. Discs of Claret-hued venison with just enough gaminess to remind you of what they once were came with splatters of beetroot and a good rich sauce, looking almost fresh from the hunt. 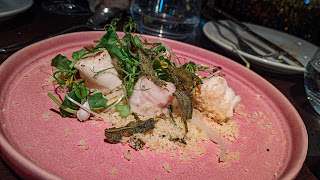 Nuggets of monkfish tail appeared to bear the scars of having been lightly blowtorched; they were in any case perfectly moist and enhanced by crisped sage leaves and a butter sauce. 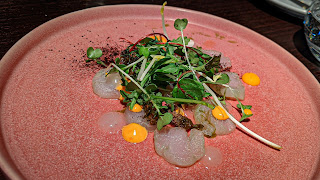 Don’t order the basil-cured loin of cod if you’re starving hungry, but do order it if you want pretty discs of fish to sport just the right amount of basilic flavour.

These dishes were ferried to our table by an enthusiastic and cheery, if slightly harried wait staff. Dishes arrived when they were ready, which must do wonders for the servers’ step count. No matter; they arrived at a pace and rate which was more or less in sync with our ability to eat them. It being a Saturday night, music, piped up from the DJ booth in the bar downstairs was set at an enthusiastic level. Fine by me, as matey on the decks was picking out some legit vintage disco tunes which reminded me I really need to get back into Arthur Russell. Thanks, Mr DJ. 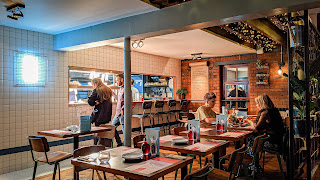 The interior is all brick, bare wood and tile. It’s nicely done, although the tables are spaced quite close together and seating is not especially forgiving, if that matters to you. 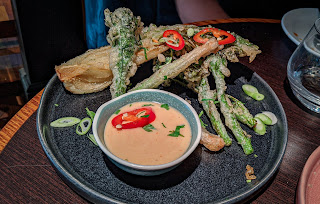 One of our remaining savoury dishes was a further demonstration of what this restaurant is about, while the other, strangely, really wasn’t. Stems of sprouting broccoli and pak choi were artfully fried in a fine batter which I am as happy to refer to as tempura as the menu was. They came with a sriracha “mayo” the quotes presumably indicating the use of aquafaba or lecithin, making the dish one of six suitable for vegans, without any need for substitutions, or leaving anything out. 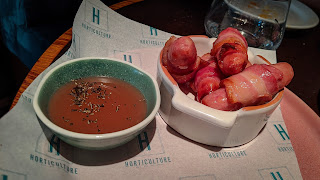 We were offered a “special” of pigs in blankets, it being the run up to Jesus’ big day. I expected some sort of clever deconstruction job or play on words. Nope, just a ramekin of some fairly average chipolatas in flabby bacon. Odd. Let’s move on. 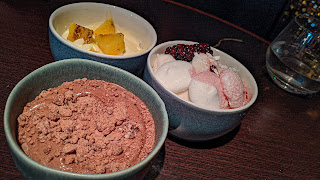 Puddings were, unfortunately, a bit phoned-in. All three available on the night of our visit were basically creamy stuff in a bowl. Chocolate cremeux and a lime posset both had good texture and flavour, if a bit unimaginative. An “Eton mess” (my quotes, and with good reason) however, was atrocious, having a bizarre an unpleasantly gummy texture. Turns out this was an aquafaba job. I’m not saying that you can’t use chickpea water to make desserts, but I’d have really preferred some actual cream and meringues on this occasion, even if it would have entailed a tiny kick in the bollocks for the environment.

Our bill for three hungry souls came to £114, including a bottle of decent Nero d'Avola, service, and discretionary donation to the "Green Earth Appeal", which apparently means a fruit tree will be planted in a developing country in order to offset the carbon used in producing our meal. I hope they like fruit in developing countries. I also hope that Horticulture turns out to be as sustainable a business as its claimed principles. The cooking of chef Peter Breckon - who has shuffled the pans at some fine restaurants in both London and the North East prior to this engagement - deserves to find an audience. It is light, vibrant, clever and packed full of flavour. Yes, there are microherby garnishes, as demanded by the restaurant's name, but underneath those is some fine cooking. Good technique will always make things taste nice. That might not be something you can shape into a press release, but it’s no less true for all that.