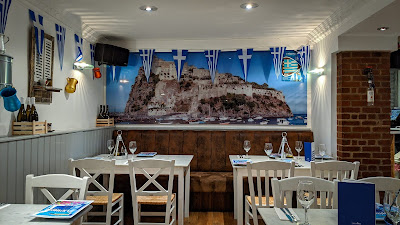 I really like reading menus. Not just in the “ooh, that sounds nice, shall we order it?” sense, but with, you know, a bit more seriousness and deliberation. They’re the sheet music of the restaurant biz, statements of intent, adverts for anticipated pleasure. I used to keep the ones we’d ordered from at fancy places, paper trophies as reminders of expensive but happily procured fun. I like looking at old menus too, reminders as they often are of trends you had forgotten about and dishes nobody makes like they used to. 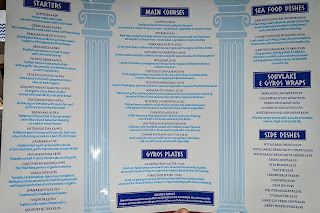 There’s a particular grammar to the well written menu which tends, in my view, towards the terse, punchy end of the spectrum. Keep the adjectives to a minimum, I say. Under-promise and over-deliver. It’s nice to have an idea about what ingredients are going to arrive on the plate, and even a sense of the methodology that got them there. I don’t need to know how fabulous the kitchen thinks a dish is, nor the number of generations a recipe has come down to us from. So yeah, I like reading menus. Even the bad ones. I mean, you’ve got to flick through a few pages of Fifty Shades once in a while just to remind yourself why you enjoy Phillip Roth, right?

What I enjoy somewhat less is having to read an entire menu aloud, at the table, to the in-laws. 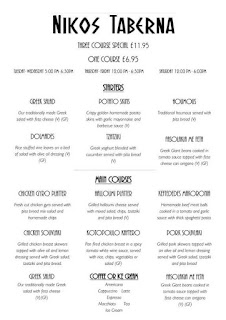 Occasionally one of them forgets their glasses, which is fine. But this time neither had remembered them. The result, in Nikos Taberna in Morpeth, was carnage.

This went on for what felt like an hour and a half, but we got there in the end, because you do, don’t you. Nikos Taberna offers two menus at lunchtime which is nice of them, and it’s certainly not their fault that this only added to the havoc.

In case you hadn’t sussed it from the name, Nikos is a Greek restaurant but you will in any case be left in no doubt upon entry. The signifiers are all out in force, from the blue and white decor and the Galanólefki bunting to the bouzouki music, pictures of dinghy-packed harbours on the walls and the bottles of Metaxa scattered liberally around. It’s a bit like attending a meeting of Hellenic nationalists. Buy what the hell: sometimes it’s nice to know where you’re supposed to be. 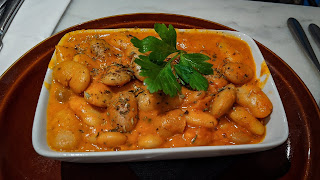 At times, the food did a good job of playing to the theme and at others, not so much. Let’s do the good stuff first. Those giant butter beans, ordered from the set menu, were really rather nice, being smooth rather than grainy on the inside and coming in a rich tomato sauce that was well seasoned, perhaps helped by the inclusion of a decent whack of feta. 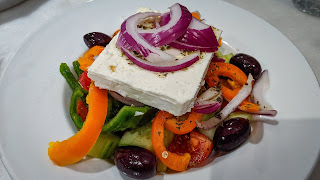 A Greek salad looked the part, mercifully devoid of any lettuce and topped by a good portion of that same cheese, but featured tomatoes that tasted of very little at all and rather too many raw peppers. The dressing could have done with some more lemon or vinegar, and more oregano too. 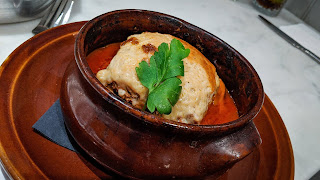 Their moussaka was really rather good with, I think, a nice waft of cinnamon in the minced lamb and a fair whack of nutmeg in the béchamel to keep things interesting. 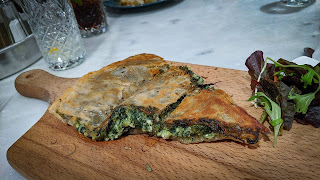 Spinach filo pastry pie - spanakopita - is one of my favourite things, not least as it takes me straight to a particular harbour in the Dodecanese Islands, so I was persuaded onto the a la carte menu in pursuit of it. This version wasn’t quite up to the mark, giving the impression of having been hanging around for a bit. The layers of filo had become a rather stodgy singularity rather than a crunchy-crisp multitude and the spinach interior was slightly bland. 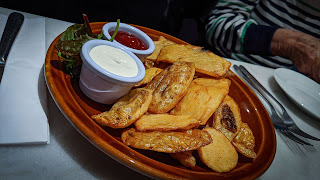 A couple of dishes appeared to have more to do with pleasing the crowds and boosting the bottom line than anything evocative of Greece. Potato skins were, well, potato skins. They came with a barbecue sauce. Ya Mas! 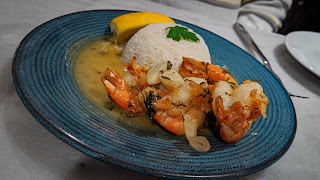 A starter of prawns in garlic sauce - sorry, garithes me skordo - came with an old-skool dome of rice and could have been served in any restaurant, anywhere. It was us that ordered them, in this restaurant though, so I shouldn’t really whinge. 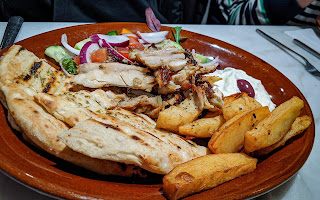 The chicken gyro platter was a vast plate of rather dry chicken that nonetheless featured some tasty charred bits, with the carb double whammy of pitta and doorstop chips. 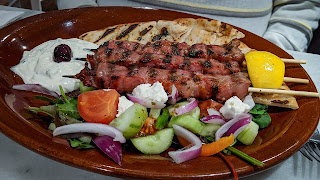 Pork souvlaki was similarly huge, featuring three whacking great skewers of meat, each of which had congealed into a singular protein rod. Something a bit odd had happened here; prepped too long in advance, or too long in the marinade perhaps? Either way, there weren’t enough fatty or crispy bits to make these much fun. Accompanying tsatsiki needed more garlic and lemon and salt and herbs and, well, everything, other than yoghurt and cucumber. 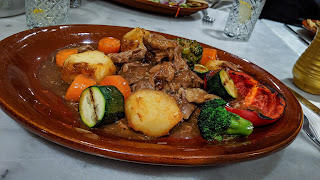 My kleftiko was, in my humble opinion, no such thing. It came as a tangle of lamb that had the texture of something which had spent much time in a slow cooker, rather than any time being roasted. It was tender to the point of collapse, but also characterless, and came in a gravy that lacked any depth. The vegetables in this dish are supposed to be roasted with the meat. The uncouth wodges of courgette that attended this version were basically raw other than the char mark they had picked up from a grill somewhere along the way.

I very rarely say this, but there was literally no way we were managing any sort of pudding after that lot. In any case, other than bought-in ice cream, I didn’t see any on either menu. I had an espresso in order not to fall asleep at the wheel on the drive home and it was very good; rich and full.

Anyhow, the important thing is that the in-laws thought it was great and had a lovely time. Perhaps because they’ve been alive long enough to experience actual scarcity, the honking great portions won the day for them. If you also want vast amounts of adequately edible food for bargain basement prices in Morpeth, all washed down with lashings of bouzouki on the stereo, you’ll like it too. I would have liked to have been reminded of feasts in the Dodecanese, but for the most part this was a lunch to forget. And then, all carbed and meated out, into the waiting embrace of Hypnos, and to sleep.